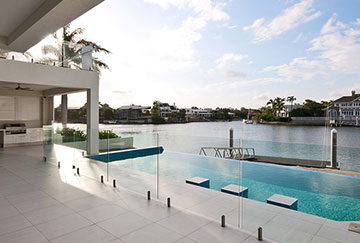 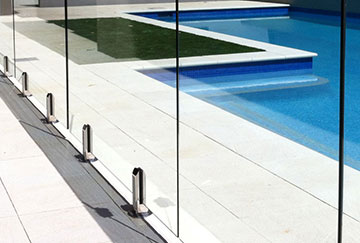 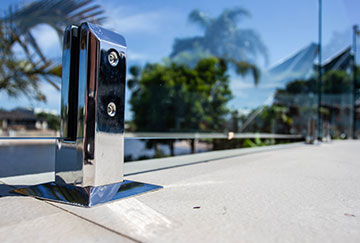 Jason Walsh grew up on the Gold Coast with his family being involved in the fashion industry. His family had many high-end clothes outlets scattered from the Sunshine Coast and down to Byron. His early ventures into business were in hospitality owning several cafes and a successful Broadbeach restaurant and nightspot.

After designing the fit out for his own restaurant he began to receive invitations to do the same for other locales in the area that were impressed with his design concepts he realised that this may be his calling rather than hospitality. In the early 2000’s Jason teamed up with a good friend and colleague that happened to be a glazier. He could see there was a gap in the emerging market of residential glass fencing and balustrade.

This is where the company was born and the name Absolut Custom Glass Systems. After sourcing some good suppliers of materials and completing some jobs for family and friends he decided it was time to change careers and sell up his hospitality interests. It wasn’t long before Jason had set himself up in the industry with a four-wheel drive and glass carrying trailer and began to receive referrals from the work that they had already done.

The business gradually grew and grew and the company had to expand to be able to satisfy the ever-expanding market. The company survived the global financial crisis of 2009 and the bursting of the property market bubble. Work may have slowed down over that period but the team at Absolut Custom Glass Systems managed to still have enough work survive. The recovery was a slow one but now in 2017 the company is busier than ever before and now has 3 teams servicing areas from as far south as Ballina and north up to the Sunshine Coast.

This is where Jason’s design concepts have been put to good use. There are a lot of glass pool fencing companies on the market and unfortunately many of them do not put much thought into how aesthetically appealing the end job will look. The easy part is construction and compliance when it comes to pool fences. Jason understands how important it is that end product adds value to your property ad is least intrusive as possible.

Now, with three teams on the go and a busy maintenance department also Jason still finds time to meet every client and suggest best design tips for all types of glass installations. The business has expanded to meet the demand of glass balustrade and pool fences, or the combination of both. Jason Walsh has seen his company grow from a two-man team to what it is today by delivering fantastic service and a quality product. There may even be other Absolut Custom Glass Systems businesses opening interstate soon.

Visit our media and project pages or check us out on Instagram for examples of our quality workmanship and how our glass systems can completely update your home.

If you don't get a quote from us you will pay too much!

Glass pool fencing and glass balustrade experts. We will beat the quote of any of our competitors. Lifetime structural warranty on all workmanship. Contact us for a free measure and quote today,
Free Quote
Scroll to Top